Each year at Fastaval a jury is assembled to decide which of the scenarios premiering are nominated and win the Otto awards. For many participants it can be difficult to see through the process of reading, evaluating, and shortlisting the scenarios, and how much work and effort the judges put into being fair and balanced to both the scenarios and the writers. In the following, you will meet this year's jury and read about the judging- and evaluation process at Fastaval. 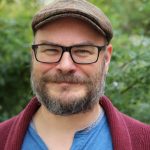 René wrote his first scenario for Fastaval in 2003 and has had a hard time stopping ever since. He LOVES a good action scenario or a mean game of investigation in a moral gray area, but he also has a soft spot for scenarios that pierces your heart with a sorrowful smile. For René, it is all about crafting a good story and his favorite Otto has always been the one for best storytelling. This is the third time René has served as a judge at Fastaval and the first time as Foreman of the Jury. 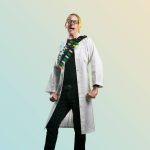 Since 1997 Mads has written scenarios for Fastaval and his heart still beats for comedies and strange storytelling devices in particular. If the scenario also contains rules that restrict player agency while also allowing them to influence the narrative, then a few tears might be shed. Mads is serving as a judge for the third time and his favorite Otto will always be The Jury’s special award. 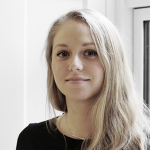 Originally, Signe comes from the LARP- and blackbox communities but quickly fell in love with the Fastaval format, when she first attended the convention in 2015. Since then, she has written multiple scenarios herself. She fervently tries to play as many scenarios as possible at Fastaval but is equally fond of discussing game design over a drink after a day filled with scenarios. Signe has varied tastes but is especially fond of stories with something to say, set in a whimsical world that one quickly is immersed in. Signe served as a judge for the first time in 2022. 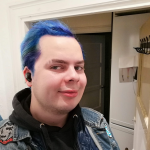 Martin comes from a background as an organizer in the LARP community. In 2018 he first traveled to Fastaval where he mistakenly ended up in the scenario writing contest. Through the contest, Martin became enamored with Fastaval scenarios and it gave him an appetite for writing more scenarios. He loves scenarios with metatextual layers and odd premises. Preferably there needs to be tons of action, but Martin also enjoys a more toned-down story where the relationship between the roles is in focus. This is Martin’s first time on the Otto jury. 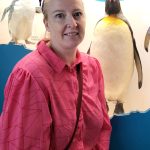 Cecilie started out as part of the LARP community in 2002, but quickly found her way to Fastaval the year after. Since then, she has spent virtually every Easter at the convention, where she has done everything from writing scenarios to playing board games, baking a ludicrous amount of cake for the café, being a facilitator for Fastaval Junior and the list goes on. In a scenario, she looks for a good story that gives a sublime roleplaying experience to the players and touches their hearts. Cecilie’s favorite category is for best roles since she sees this as often being a crucial element in any scenario. Cecilie is looking forward to serving on the jury for the first time. 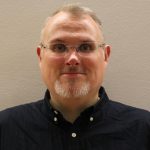 Jeppe first attended the convention in 1993 and has more or less facilitated scenarios at every Fastaval since then. He has written one scenario for Fastaval as well as worked with game design as a teaching method. Jeppe has a wide taste in scenarios, but values a strong theme, profound drama, and good craftsmanship especially; even more so when wrapped in a historical setting. Jeppe is serving on the jury for the second time.

The chief judge is appointed by ALEA, and they go on to select a jury of five co-judges for a total of six. It is generally a priority to assemble a balanced jury with many different perspectives on role-playing and also with varying levels of experience. Writers, game masters, and players with different preferences are almost always represented. The jury typically meets up once before the scenarios are submitted, to agree on their process and to discuss and clarify the different Otto categories. But the real work starts after the scenario deadline. All the scenarios are read thoroughly by the jury and they typically include around 1500 pages of written material. Every scenario is analyzed and discussed on the jury’s internal forum and these form the basis of the feedback that writers receive after Fastaval.

A week or two before Fastaval the jury meets up for a long working weekend. Here they examine all the scenarios and the written feedback again and they lay down a shortlist of potential nominees in the different categories. They might even have a tentative idea about possible winners, but nothing is final before Fastaval. Even though the judges primarily examine the written texts it is still very important for them to get a sense of what happens when the scenario is played. There can also be elements of a scenario that are hard to visualize through the text alone but might emerge in playing the game and the jury is aware of this.

A significant part of being a Fastaval judge is to talk to both writers, game masters, and participants about the scenarios when they have been played. It is also the jury’s job to collect and read all the feedback forms that are handed in by participants during Fastaval. The conversations and especially the feedback forms are important tools for the jury to understand how the written scenarios work in practice – and are very much viewed as such. Saturday at Fastaval the jury retreats from early in the morning and begins the final deliberation. Again, the starting point is the written scenario text but now the jury is much more aware of how the scenarios work in real life because of conversations and feedback from players and game masters. In total five nominees are selected in each award category (minus the jury’s Special Award which can vary). Saturday evening the lists of nominees are posted all over Fastaval as well as on the webpage. Sunday the jury prepares for the Otto award show. They make diplomas for each nominee as well as write the award presentation for the show. After the Otto-award show, the jury is available for writers and participants who might have questions about the awards.

Each Otto category has a written definition (read them here) which is finalized by the jury before the scenarios are turned in. It is only these criteria that the jury relies on when selecting scenarios to be shortlisted for nominations and the winners. In short, the award for e.g. Best Characters goes to the scenario that excels within the criteria for that award. Even so, it takes many, long discussions to agree upon which scenario that is. Especially since it is also very important to the judges that each scenario is analyzed on its own premises. An action-based scenario is always evaluated on how well it performs within not just the action genre but its internal framework and rules. Not whether or not it might e.g. be good drama or comedy.

The judges have four principles when shortlisting the nominees and choosing the final winners. Consensus, discussion, no veto and no bargainingThe first two points are connected in the sense that the entire jury has to agree, and agreement can only be reached through open and informed debate. No Otto is awarded based on a vote, as only sound arguments count in the selection process. No veto means that it is not allowed for a jury member to block the nomination of a scenario if they don’t have any solid arguments, even if they might have another favorite for the spot. No bargaining means that the judges are not allowed to ‘strike deals’ or ‘owe each’ other anything. For instance, if a jury member loves a scenario and it is not shortlisted in a category (like Best Roles), the scenario cannot be “compensated” in another category (like the Jury’s Special Award). Every category is approached as a clean slate.

Two of the Awards are a bit different from the rest. These are the Jury’s Special Award and the Participants AwardIn the Special Award, the jury can nominate as many or as few scenarios as they want. A scenario can be singled out for an overall idea or a particularly strong element. With this award, the judges typically have more freedom to follow their hearts and reward scenarios that might not fit into the other categories. The Participants award is based on a vote by the participants, to celebrate a scenario that has given many people a memorable experience. If two scenarios are tied for the vote they both get the award.

When Fastaval is over the jury begins the substantial task of composing feedback for all the Fastaval writers. This feedback is based both on the jury’s many written and oral conversations about the scenario, but also on the feedback forms that the participants filled out. This feedback is mailed to the writers a few months after Fastaval is over, so the writers have it available if they should consider writing for Fastaval again.