THE BOARDGAME JURY AT FASTAVAL

Each year at Fastaval a committee is assembled to decide which of the Designer Board Games premiering are nominated and win the Otto awards. For many participants it can be difficult to see through the process of reading, evaluating, and shortlisting the scenarios, and how much work and effort the jury put into being fair and balanced to both the scenarios and the writers. In the following text will meet the jury and read about the judging- and the evaluation process at Fastaval.

The board game jury for Fastaval 2023

In Kathrine's family home Friday evening was best spent playing board games. So it was with both passion and nostalgia she later picked up the tradition again. She has been an active Fastaval organizer for years, ex in the main organizer group and as a board game judge, and this year she will debut as lead judge for board games.

Kathrine loves when narrative, player interaction, and mechanics come together - even the simplest board game can ignite great passion if only the design is done well.

Kathrine's liking for board games varies a lot, but she owns more Eurogames than anything else. When she does not force her friends to play 7 Wonders or Living Forest, she plays things like Everdell, Wingspan, and Terraforming Mars. 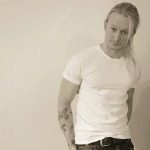 Steens' joy in board games has a wide range, in which he either loses himself in complex games that require the full attention of the player or the more simple games which makes room for laughter and fun. In the years Steen has attended Fastaval it has been far more common to see him playing board games than roleplaying.

In regards to games, where the main focus is to be social and laugh, then he likes games that balance rule simplicity with social interaction, where the game can be in focus without demanding complete attention from the players.

It says a lot about the range of Steen's passion for board games, that his two current favorites are Twilight Imperium and Hero Quest. 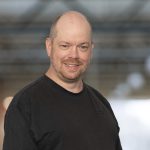 In Martin's home, the dining table has always been the most important piece of furniture, as this is where he meets his friends to play board games. Board games are the preferred activity, as it provides a wonderful mix between socializing and playing, and with a good board game collection, there is a game to suit every situation and mood.

When there is plenty of time to play, Martin prefers the more heavy and complicated games. His favorite games lately have been Gaia Project, Spirit Island, and A Feast for Odin, but it changes all the time.

Martin plays to win, but the battles the game gives along the way are where he finds the game to be the most fun. The interaction between players on how to outmaneuver the others and take the resources right before their turn is where board games are most exciting in Martin's eyes! 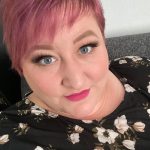 Kamilla is an experienced and seasoned board game player, and 2023 will be her second year as a Fastaval board game judge. In addition, she has participated Spiel in Essen countless times and was one of the driving forces in the early stages of Bastard Café, she has written Fastaval scenarios with board game techniques and for years she sold board games at Faraos Cigarer.

When Kamilla is asked to describe her taste she uses the word wide-ranging. She loves everything from small tight designs like Whirling Witchcraft to medium-sized games such as Quacks of Quedlinburg and even more heavy stuff like Terraforming Mars. She loves it when board games tell relevant and captivating stories.

Kamilla's passion for games has always been big. In the early days, it was kid's games such as Afrikan tähti or Assano. In school, she developed small games with her classmates and was truly addicted when she was introduced to the classics such as Settlers of Catan, Carcasonne, and Junta. Today, she and her husband own so many games they have lost count. 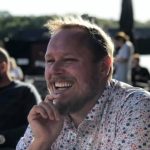 Thor started by playing Fuldrigger, Stratego, and Hero Quest in his youth, later on in his youth school days he tried new experiences with Settlers of Catan, Axis & Allies, and Junta. After enough stabs in the back from so-called friends, he had a long break from board games. He came back strong again when he started playing World in Flames at his dorm. It started a renewed interest in board games.

One of the things he appreciates in a good board game is the interplay between the theme and the mechanics used in the game. This is also reflected in his absolute favorite game, Twilight Struggle.

When Thor gets his hands on a new board game. he always remembers that it will always be someone's favorite game and looks for that part in the design.

Fun fact about Thor: He has been the Funen school champion in team chess playing third board.

The jury chairman is found at Fastaval the year before and is selected as a starting point by the former jury chairman. The chairman of the jury then appoints a jury consisting of a total of 5 members, including the chairman himself. These members are selected to create a varied and balanced jury with both game designers and players as well as people with different tastes in board games.

Before the board games are handed in, the jury holds meetings where, among other things, they agree on the process and how the Otto categories are interpreted.

When the rules are submitted in the month leading up to Fastaval, they are read by the jury and this is where the first impressions can be formed of the material.

During Fastaval, the jury will partly play the games themselves so that each game is played by at least two of the jury members. In addition, there is communication with players and designers after the proceedings to get a better impression of the games. In addition, the judges will collect feedback sheets from the players which will be important for the final decision.

On Saturday, the jury will lock themselves in all day to find out who will be nominated and who will win. The assessment takes place against the background of the written rules combined with the jury's and other players' impressions of the game played, including the feedback notes.

On Saturday evening, the lists of the nominees will be published both physically at Fastaval and digitally on the website and other digital media.

On Sunday, the designers will have the opportunity to get the feedback sheets back while the judges make the final arrangements before the final announcement of the winners on Sunday evening.

The winners and nominees will be selected based on the definition of the Ottos that can be found here. These definitions are discussed in the jury before the games are handed over. The games are largely judged on their own terms. For instance, a company game is judged on whether it actually creates social interaction and not so much on strategic depth.

All the games will be thoroughly discussed to make sure that you get around all the nooks and crannies and that all arguments are turned and twisted. This is not just a simple vote.

After Fastaval, the jury starts writing feedback to all the participating designers. It is intended that the feedback can both be used to improve the game with a view to possible Further development and development of new games for Fastaval or elsewhere.